Smart Library Management System is a computerized system to make library transactions efficient. It enabled manual transaction in library into automated. Its completely automated based on Android mobile phone .Here we are using QR code for data stored .Reading the QR data from android phone and update to the server .Reading Image data is much easy by using Android camera and some external library .
QR code (acronym of Quick Response Code) is the trademark for a type of matrix barcode (two-dimensional barcode) first designed for the automotive industry in Japan. A barcode is a machine-readable device. This optical label contains information about the item to which it is attached. A QR code uses the four standardized encoding modes-numeric, alphanumeric, kanji and byte / binary- to efficiently store data and extensions can also be used. The QR Code system has become popular inside and outside the automotive industry due to its quick readability and greater storage capacity compared to standard UPC barcodes. A QR code consists of black square dots arranged in a grid which is square in shape and that will be on a white background, which can be read by an imaging device such as a camera and preceded for processing using Reed–Solomon error correction until the grid image can be accurately interpreted. Then the required data are extracted from patterns present in both horizontal components and vertical components of the grid image present on white background. In this project we will be using Quick Response codes for data mining and data analysis on different sectors of marketing.

Existing System
RFID based smart library is used earlier .It is the wireless non contact system that uses radio frequency EM waves to transfer data from a tag attached to an object, for automatic identification and tracking. A Radio-Frequency Identification system has three parts that are –a scanning antenna ,a transceiver with a decoder to interpret the data, a transponder - the RFID tag - that has been programmed with information. The scanning antenna puts out radio-frequency signals in a relatively short range. The RF radiation provides a means of communicating with the transponder (the RFID tag) and provides the RFID tag with the energy to communicate (in the case of passive RFID tags).The scanning antennas can be permanently affixed to a surface, handheld antennas are also available. They can take whatever shape you need; for example, you could build them into a door frame to accept data from persons or objects passing through. When an RFID tag passes through the field of the scanning antenna, it detects the activation signal from the antenna. That "wakes up" the RFID chip, and it transmits the information on its microchip to be picked up by the scanning antenna. The RF low frequency range 120- 150 KHz is used for the data transmission. 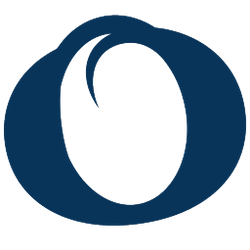