Rangshaala is an initiative by Hola Entertainment in association with NIPA Rangmandali, the objective of this Theatre Festival is to promote theatre and young theatre artists. Recognising and promoting young talent is the need of the day ,we seek to provide a platform to help artists reach their audience and opportunities reach artists.At the same time we've decided to give back to the society by making this a non-profit event and donating all the revenue generated to an NGO Sparsh which works for children with special needs.
NIPA Rangmandali is an well-known name and has served Indian theatre in various capacities. It has won numerous national and international awards and has produced many fine theatre and movie artists.

Who are the Performers :
Before the grand finale the we invited independent theatre groups to register with us and post us a video of there live play performances.After extensive elimination we bring to you a trilogy of mesmerizing performances at the Grand Finale.

1) Yatra- Definition of relations by Rann Theatre Group
Witness how Shantaram discovers how relationships change their definitions when he decides to help his friend for a noble cause.Get an insight into his struggle against his loved ones,the society and above all his own conscience.

2) Papa Mere Papa by Black Pearl Arts
Fathers undoubtedly are their daughter's heroes!This is a story of a daughter who realizes the limitless love and care of her father but only after she faces Sexual abuse. experience the charm of this divine bond depicted beautifully by this play.

3) Maskhare by Bela Theatre Karwaan
Clowns entertain the audience and people find solace in their acts and stunts. The audience never gets to see the actual state of their hearts.
Come look beyond the fancy faces,the pain behind every infectious smile ,the laughter, the tricks and the juggles.This play presents to you - The life of a clown.

Come and be the colours of Rangshaala : laugh, Cry wake up and rejuvenate your thoughts.

Note: This is a Non-Profit event. 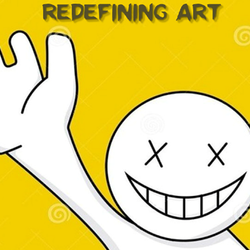