On November 5, 2015, Spearhead Media, the mother organization of newskarnataka.com and its sibling newskannada.com, diversified and ventured into yet another dimension of the Media industry - launching its ambitious monthly magazine 'Karnataka Today'.

Karnataka Today is the maiden print venture of Spearhead Media Pvt. Ltd, a media house that is uniquely focused on the reader. It was launched on November 5th 2015. It follows the success of its two news portals www.newskarnataka.com which caters to the English reader and www.newskannada.com dedicated to the Kannada reader.

'Karnataka Today' is headed by Brian Fernandes, and has already caught the eyes of the readers with its superior print quality, aesthetic layout and most importantly, relevant, unbiased and extensive coverage of issues impacting India in general and Karnataka in particular.

It walks firmly on the path of fact-based, analytical news features and information appealing to all sections of people, thus endearing itself to its reader’s for the long term.

Karnataka Today aims to become the most exciting, awaited, trusted and preferred English Magazine among Kannadigas around the world.

Karnataka Today seeks to independently and impartially analyze and reflect issues impacting India and Karnataka in particular, to Kannadigas around the world in a way that is interesting and useful for all. 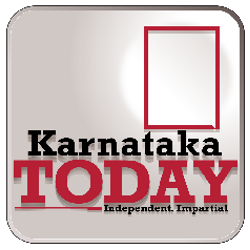