This is a book about the three tier-deeksha system in Kaula Siddha dharma when it comes to the worship of any deity or Ishta and in this this book, for the worship of Guhyeshwari Devi. Ishta Paddati by its name implies deity and worship module. This book therefore explains the three ways by which the worship of any deity in Kaula Siddha dharma becomes possible. The three tier-deeksha system is a) atma deeksha or atma abhyasa b) Siddha Guru Diksha and c) Mukhya Vidhya Deeksha.

The book starts from the preface which lays down the whole scenario of the real-life conversation and how the book came to fruition. The first chapter is the “Priya-Ishaputra Patala”. The chapter basically explains about the three-tier system of the Ishta Paddati of Guhyeshwari Devi. The second chapter is the Gurumandala Patala and the explanation of different gurus who have contributed to the worship of Guhyeshwari. Mahasiddha Matsyendra Nath Ji, Ne Muni etc.

Rest of patala are simply based on rituals and how to perform rituals for speedy success in the first phase of the deeksha. The correct paddati or procedure is explained in the book.

After reading the book, a reader would be known the what Ishta Paddati or the process of worshipping a deity is in Kaula Siddha dharma. Furthermore, the guru disciple lineage along with various revelations would add something to the already existing knowledge of the reader and in this book particularly of Guhyeshwari Devi. 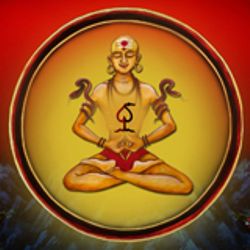