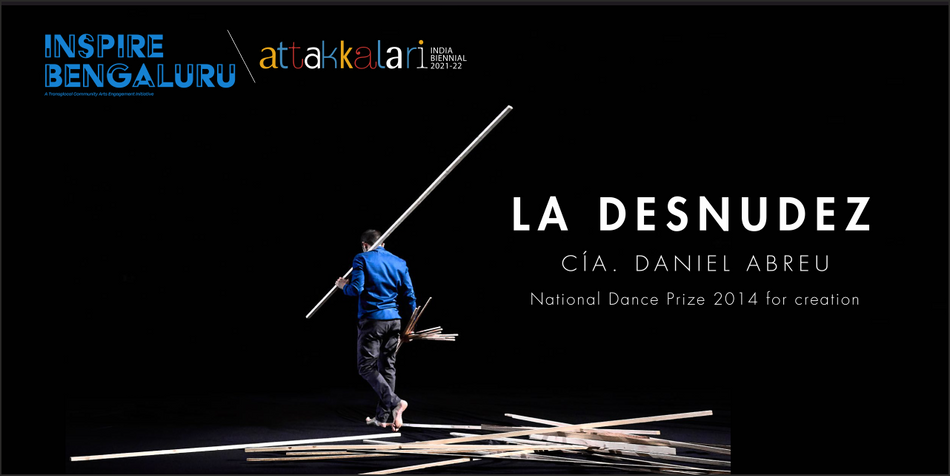 Performed by two times national award winners - Daniel Abreu and Dácil González, La Desnudez is a poetic proposal about knowing how to love oneself. Two characters on stage are pointing to an idea of polarity and a journey from death to love. The music accompanies the musician with its deep sound of the wind through metal pipes. La Desnudez (Nakedness) responds to this place of intimacy where answers are no longer to be found. The beauty of La Desnudez lies in what is there and what happens. At times it can be the sublimity of a hand caressing and exchanging heat and sweat, perhaps seeking a forbidden love. Or it can be the case of making love and sustaining it. Love is built and destroyed, as in the act of breathing. The dance is about what happens in each universe; it tries to devour as much as possible to regurgitate something new. And it is about two people who give in to the urge of stretching the ties whilst really wanting to keep them slack enough to be able to untie them quickly.
La Desnudez is an act of death, or exhalation, about getting it all out to begin something new. At the same time, this work is about constructing something in the illusion that it is final. The play can be understood from the back to the front, where the journey and the sense of the sentimental attachment appear. The play goes from black to white, from a confined space to an open space.

Made possible by the support of Spanish Embassy, New Delhi, and the Acción Cultural Española (AC/E) under PICE grant. 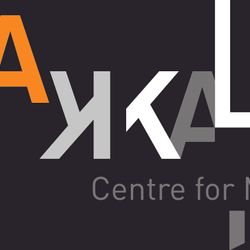