In the first tenure of Prime Minister Narendra Modi (2014-2019), there has been a significant change in India's image abroad. India had made remarkable progress in the ranking of Ease Of Doing Business through GST (one country-one tax) reforms. On the economic front, work has been started to make the country a manufacturing hub through 'Make in India' and 'Skill India'. However, there is a lot of work to be done in it.
A strong stand on the issue of Pakistan and terrorism has been adopted by the Indian government. Surgical strike and the successful return of Commander Abhinandan are proof of courage. In this book, I tried to analyse the strategy of foreign, economic and defence affairs in the first tenure of Narendra Modi. 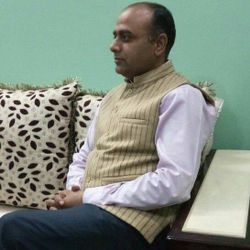