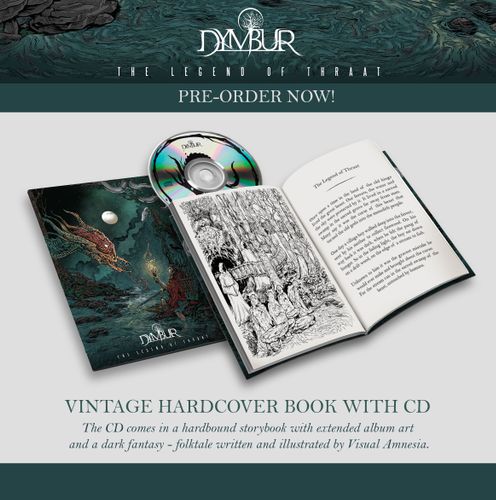 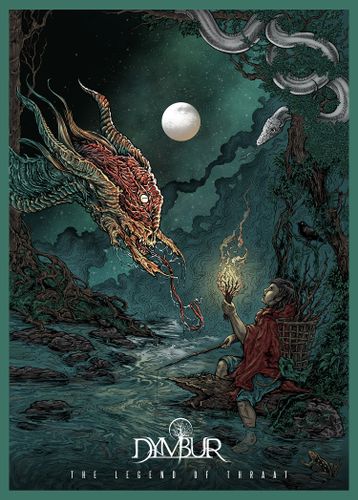 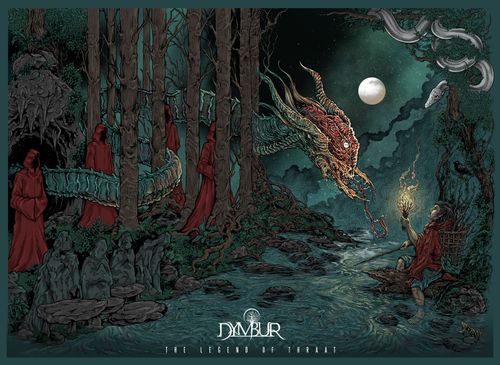 THE LEGEND OF THRAAT CD comes in a hardbound storybook with extended album art and a dark fantasy - folktale written and illustrated by Reuben Bhattacharya, Visual Amnesia.

DYMBUR - THE LEGEND OF THRAAT(2019)
The debut concept album of Experimental Metal Band DYMBUR
The album was released worldwide on November 5, 2019

THE LEGEND OF THRAAT is a journey into modern metal leaning towards brutality and atmospheric moods.
The theme of this album is based around a dark fantasy - folktale written, composed and illustrated by Visual Amnesia [Monuments, Twelve Foot Ninja, Aliases, Allegaeon & More].
Consisting of 10 tracks the album traces the evolutionary journey of Dymbur stretching from the band's roots to the future direction being taken.
THRAAT is depicted as the Fifth member/deity of the band and as an imaginary beast in the band’s Concept Debut-Album "THE LEGEND OF THRAAT.”

All music arranged and composed by DYMBUR. 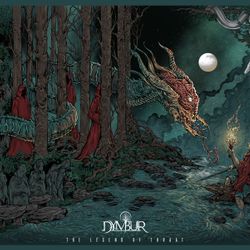