This rendition of the Yogeshwaraya chant in Raag Shankara is also by Pandit Jasraj. A raag best sung at night, Pandit Jasraj beautifully captures the essence of this Shiva Stotram, giving it a touch of vibrancy.

In the Indian tradition, Shiva, the Adiyogi has many forms, each of which represents a powerful possibility for inner evolution. Yogeshwaraya - meaning the lord of Yoga - is a musical offering to Adiyogi by Sounds of Isha, Pandit Jasraj and Rakesh Chaurasia.

In the yogic tradition, Shiva is not worshiped as a God. He is the Adiyogi, the first Yogi, and Adi Guru, the First Guru from whom the yogic sciences originated. Guru Purnima is celebrated as the day when Adiyogi began the transmission of these sciences to the Saptarishis, his first seven disciples. So this Guru Purnima, this is our musical garland. An offering of different renditions of the Yogeshwaraya chant to the Adiyogi. 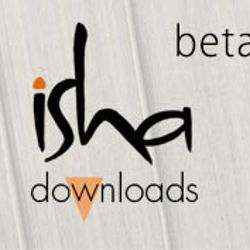