In between our freedom fighters spoke many inspiring slogans for us. Motivational quotes or lines work like a sharp weapon. Nowadays we follow the slogan of an Indian freedom fighter in a critical situation. After reading their lines and statements we get the courage to do anything.

Therefore we apply their slogan in our daily life. Overall we can say their life propels us on the success path.
1) ” Aaram haram hai” – Pt. Nehru

According to his rule rest will keep back so never take rest till then we do not get freedom. Currently, this line inspires us to achieve our goal. We must not forget freedom fighter slogans.
2) “Inqlaab Zindabad” – Shaheed Bhagat Singh

We can not control our tears from the eye if we read his starting and end life. He sacrificed his life at 23 Age. He refused many plans of the British Govt. At this age, anyone can not do like Bhagat Singh. The meaning of the Inqilab zindabad slogan meaning is the Long Live Revolution. Bhagat Singh Ji has stated this logo to involve young and fight against British Government. By speaking this slogan every one motivates himself. Above all slogans inspire us for patriotism.
3) “Tum Mujhe Khoon Do, Main Tumhe Azadi Dunga” – Subhash Chandra Bose

The most powerful freedom fighter slogan is “Tum Mujhe Khoon Do, Main Tumhe Azadi Dunga”. This line was wonderful in Indian freedom fighters. The meaning of this slogan is ” Give me blood I would give your freedom” Narrated by Subhas Chandra Bose.

Bose’s team was very powerful to fight against the British rules. It awakened in them the feeling of patriotism and a pro-independence sentiment. Similarly, many freedom fighters shared their thoughts and ideas in young.
4. Vande Mataram – Bankim Chatterji

Chatterji Ji was a very famous poet in his era. The meaning of Vande Mataram is Mother, I bow to thee. The line “Vande Mataram” has been frequently used to salute the motherland respectfully. Vande Mataram is a famous poem in that time. He was a social activist along with a brilliant poet. The stanza of the poem adopted by an Indian National song. 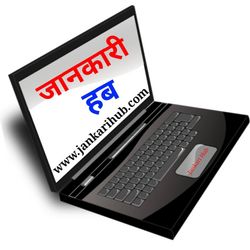