In this collection of 4 stories, Tania learns science.

In Eureka, papa shows Tania and her friends, that the Archimedes principle can be used to sort out a conundrum they encounter, while playing a game.

In Tania Gets Spectacles, Tania learns, that lenses and the human eye work in similar ways, to create images. She learns something about teasing.

In Tania Loses A Tooth, Tania learns about dental anatomy and the ways in which a shaky tooth can be yanked out. Some sound very scary, and others not so much. It is a wonderful story for kids, who are on the verge of losing their first tooth.

In Tania's Martian Encounter, Tania learns about the Solar System. She also has an interesting experience where she is not quite sure if she actually encountered a Martian. Aren't you curious?

Kanika G has a Ph. D in physics and enjoys explaining science through simple stories.

This book is 56 pages long and is colour printed on high quality (100 GSM) paper and the price includes shipping cost via speed post. 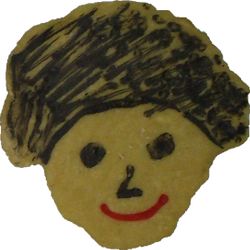