When people think of India, there's a good chance that Gandhi is one of the first things that comes to mind. If you want to learn more about the life and time of Indian legend Mahatma Gandhi, then this is the Delhi tour for you. Experience Delhi from a local perspective to visit all the historical monuments associated with Mahatma Ghandi.
Mahatma Gandhi was born in 1869 in Porbander, western India, and was assassinated in on January 30th, 1948. His legacy of non-violent protest lives on in spirit today as a major influence on Indian society and the international community. He pioneered the philosophy of "satyagraha", based on truth and resistance to injustice through non-violent resistance. In India he is officially regarded as the Father of the Nation. His birthday, 2nd October, is commemorated as a national holiday, and is a spiritual experience and one of those iconic things to do in Delhi.
Our Delhi city tour gets you up close and personal with important national stories about Gandhi, his life, and his actions that shaped a nation. You will follow in his footsteps, discover Gandhi's Delhi and be inspired. Your local guide will take you around various famous sights associated with the life and times of Mahatma Gandhi, learning more about his message of truth, non-violence, and peace.
The final stop on our historical tour of Delhi will be the National Gandhi Museum where we'll have plenty of time to explore an amazing array of information, documents, and relics from his life, philosophy, and work.
At the end of your Delhi tour, our driver shall drop you back to the starting point. 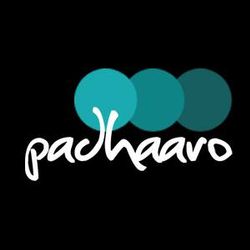