Human beings have been perplexed by the wonders of physics since time immemorial. We feared the thunder and lightning. We were confused by the changing shapes of the moon. We questioned the fall of apple. We also have been surprised by the occasional rainbow in our skies. Physics, we developed, to know what we didn’t know. Physics, we learned, to keep ourselves guarded against myths and superstitions. Physics, the study of the very small and the very large. The most fundamental of all sciences, apparent to us at all times. For example, we stick to the earth because of gravity and it is due to the same force that the earth goes around the sun, hence, we celebrate the new year’s. Also, our bodies which emit radiation, invisible to us, but without which, we wouldn’t feel warm and cozy in the presence of a beloved. And the animals use physics also, because how do you think bats catch their prey in the dark, they’re practically blind, are they not? But they will almost inevitably use the reflection of sound to locate their target and get to it in a jiffy. Physics, therefore, is everywhere around us, and we all make use of it, in one way or another.

Bhautiki is a Sanskrit word for physics, a very distinctive name indeed. It is also the one and only physics monthly for students and laypersons. Furthermore, there’s physics stories from the past which is why history buffs will appreciate Bhautiki too. So in one simple sentence, Bhautiki is physics for everyone.

He was an English theoretical physicist who made important contributions to astronomy and astrophysics. No one understood time better than Stephen Hawking. His greatest scientific achievement was a discovery about black holes in 1974 that shook the world of physics. 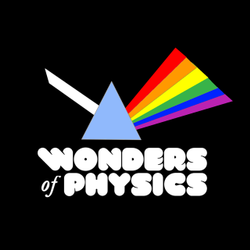