Black is written to celebrate the human dynamics. It is an open-ended tale, revolving around the protagonist, Arun, a typical guy in his college years, with so-called fallen actions but a distinct worldview.

Arun first sees the girl named Fatima at a gully, being eve-teased. He doesn’t try to help her at all, but stays there, looking at the whole scene. Fatima is a young girl of Delhi, with a passion for painting and art.

She doesn’t feel bad about how Arun reacted to her case, instead, she tries to befriend him, going to his place, where he stays, alone. What happens next?

What does Arun do? Why Fatima tries to approach him in the first place? Why she tries to even dare contact him after what he did? What’s their story?

"Another weird idea was striking as I continued to embrace my pillow even tighter, longing to escape from this another grand epiphany." (from Black Pastel, Black, Ritika Gupta)

Black is an eBook and can be categorised under the genre of Young Adult Fiction or teenage fiction. It can also be said as romantic fiction, short-story book, or postmodern 'novel'.

The beauty of this eBook is that it is only 12-page long, with 4 chapters, blended with aesthetical pages, and self-published (not through Kindle), to connect with my readers directly.

Black by Ritika Gupta, is a symbol for many personal revolutionary aims, but more than anything, it is the first step by an author to connect to with her audience directly and make them pay only what’s justified, and genuine.
Number of Pages– 12 | Format– PDF | Price- Rs. 30 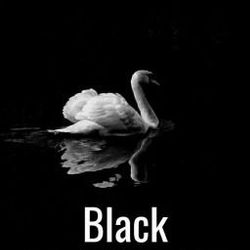